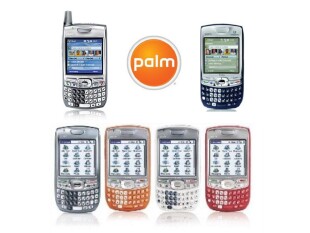 Palm reported strong Treo sell-through this quarter-- a company record-high 617,000 units, up 42 percent year over year and up 8 percent sequentially as more customers throughout the world bought Treo smartphones than ever before.

Net income in the fiscal quarter totaled $12.8 million, or $0.12 per diluted share. Net income included stock-based compensation expense of $6.5 million and amortization of intangible assets of $0.3 million. This compares to net income for the second quarter of fiscal year 2006 of $260.9 million, or $2.51 per diluted share. The second quarter of fiscal year 2006 net income reflected the effect of a partial reversal of a deferred tax-asset valuation allowance of $226.3 million.

"We are pleased to report strong Treo sell-through this quarter, which is one of the most important metrics. More customers throughout the world bought Treo smartphones than ever before," said Ed Colligan, Palm president and chief executive officer. "In addition, we accomplished a number of strategic objectives during the quarter: shipping two new Treo models to expand both geographically and demographically, securing perpetual rights to the Palm OS source code, and diversifying our manufacturing partners to strengthen our cost position and our product pipeline."

Based on current trends, Palm provided its outlook for financial results in the third quarter of fiscal year 2007, which ends March 2, 2007. The company expects the following:

Hopefully Palm's profits will increase over the next year. Even though their profits saw a decline, the company had a very high sell-through on their Treos with so many customers buying their phones. Palm is working hard at improvements with their newest senior vice president of marketing, Brodie C. Keast, their new advertising campaign, and the upgrade of their Palm Help forum. And of course all those snazzy new Treos don't hurt either. ;-)