treocentral.com >> Stories >> Commentary
Treo Communicators have Flash ROM
It's There! 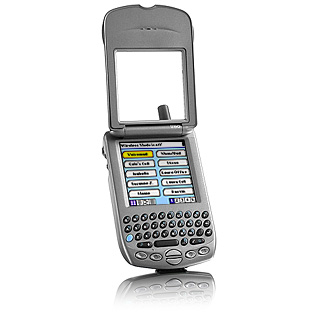 Handspring has never advertised that any of their products include Flash ROM. In fact, many reviewers and users have noted this lack of Flash as a problem with Handspring’s units. However, with the Treo family this is no longer true.

According to more than a month of strung-out research, TreoCentral has learned that Handspring has included 4 MB of Flash ROM for the OS and 2 MB of Flash ROM for the radio with every single Treo 180, Treo 180g, and Treo 270 on the market. Unlike previous sightings of Flash on Handspring PDAs (both the Visor Platinum and Prism have limited runs with Flash chips in them), Handspring has the end user actively use the Treo's flash - and has already done so.

Updater 1.0 for the first set of Treo 180 and 180g's flashed the OS ROM on the Treo. This is why it will stay after a Hard Reset, and why installing it caused a Hard Reset. From what we have learned though, Handspring was unable to add files to the end of the Flash ROM; instead, they had to re-flash the entire chip. This suggests with some later evidence that the 4 MB of Treo Flash is filled to the brink, and code optimization might have been required to fit the fixes that Updater 1.0 brought.