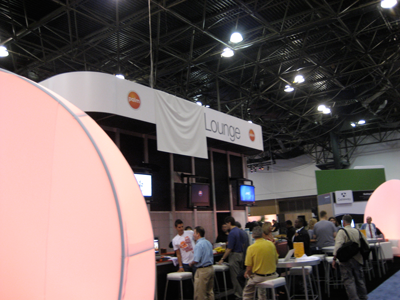 The Palm event starts at 12:30, but we caught an early look at their large booth on the show floor. They're playing coy with us, leaving a tarp over the part that goes before "Lounge." What could be under that tarp? It's clearly going to be Centro. How do we know (besides the obvious clues up to this point)? In the classic spirit of rumor posts, here's a blurry shot of what darn near every person there is carrying 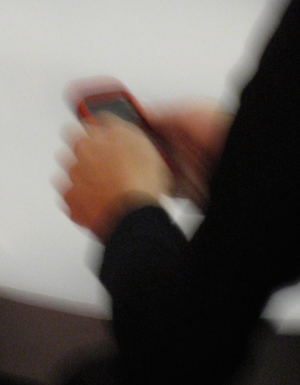 ..And here they are. Confirmed: the Centro will use the Athena connector, unlike the just-released Treo 500v. That's a pity, actually. Also confirmed, all the cool kids will have Centros. It's like Palm has been taken over by Abercrombie and Fitch models ;) 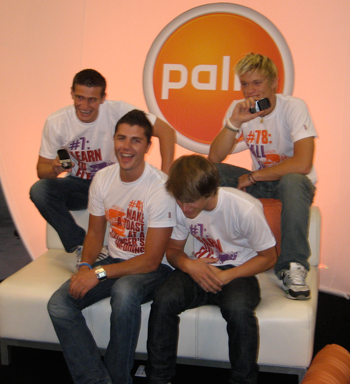 We're starting in 5, using our Treo 750 for DUN since there's no decent WiFi. Wish somebody would explain to me why no tech conference ever gets that right.

We're starting out with some bumpin' music, looks like. "Life a Sprint speed." Rose Rodd, VP of Corporate Marketing is leading us off, she brings Ed Colligan on stage, and now it's video time.

"If you had one day to live, what would you do." Looks like we're going to find out what those 4 cute guys are doing here.

Ah, it's The Buried Life playing around. What does it have to do with Palm? Colligan tells us they're documenting the entire thing via Treo. Colligan just learned what Twitter is, which the guys are using too. 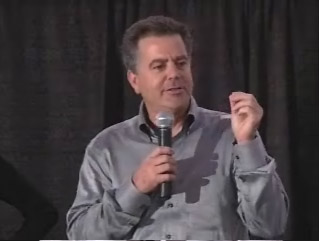 He's talking up the smartphone market now. 157 million mobile phones in the US, the Smartphone slice is a tiny slice of it, but it's expected to grow 56%. Why isn't it growing faster? They're big. The designs have been clunky (we might say "bricky"). They're complex. They're expensive.

...And he introduces the Centro. Its job is to be small enough to compete directly with a "featurephone" product. "Centro" is the center of your business and personal life. Simple. Small. 99 Bucks.

"One of the most capable keyboards on the market, even though it's that small."

The demographic seems to be the same market they were aiming at with the 680: new smartphone buyers. The hope seems to be that because it's so "feature-phone-like" in form factor. 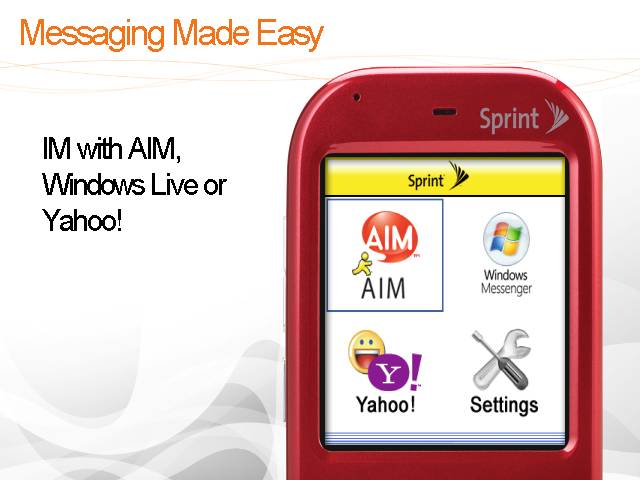 Colligan's talking up threaded SMS. Also has an IM client, which looks to be the same as what's already on the 755p. Now talking about Versamail on it, "can set up with virtually any email service in 30 seconds." Has push email built-in with Exchange Server out of the box. 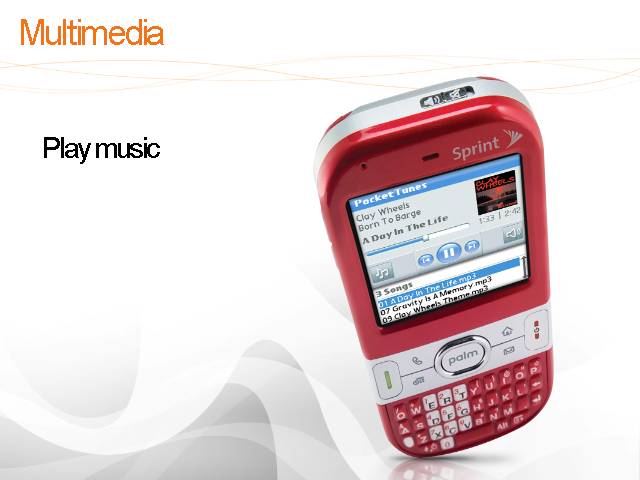 It's broadband speed, "not some EDGE phone." ZING! 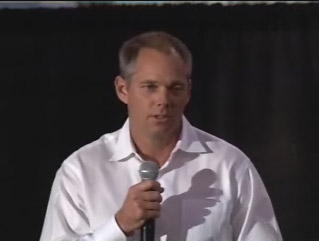 Danny Bowman from Sprint on now. Talking about the Sprint network. He leads the "customer equipment team." He's a gadget guy and says he looks for the "wow" factor. Which the Centro has (for him).

The Centro is REALLY tiny. It looks and feels just like a standard candybar phone. It's much better looking in person than it is on the web.

In case you were worried after the Treo 500v came out, let me ease your mind: yes, Virginia, it does have a ringer switch.

Back to Colligan. The focus here really is reaching new smartphone customers. 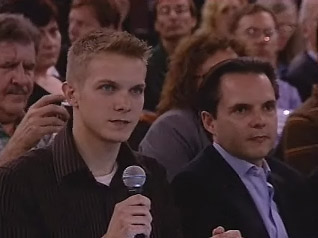 Q: Woo hoo, got my question in first! Difference between the 755p and the Centro

A: The Centro is smaller, so that might not appeal to 755p users.

Q: Andrew of Treonauts asks why not call it a Treo. Great question.

A: different demographic, basically. More later when I can listen to the webcast.

A: It will support up to 4gig microSD cards.

A: It's based on Palm Garnet, of course.

Q: Is this an iPhone killer?

A: "No, it's not attempting to be. iPhone is part of the 8% smartphone market. We're going after the bigger part." It's not an iPhone killer, it's a RAZR killer. That's good positioning, actually.

A: Teens 15 through college. Parents can text to their kids who have Centros. Kids today, you know? They've used "CEO of the household" a couple of times now. I'm not fond of that term, but I get what they're trying to say.

A: We redesigned the underlying platform. A higher level of integration. The price point was the target from the beginning (which makes me happy).

Q: When will Palm Desktop for Vista get out of Beta?

A: Rob Catcher says that in the box is the CD, the CD will get you do download the beta. Sadly, they had to dodge the question.

Also coming in the box: "Sprint Music Center" for pulling music off your PC to sync over to the memory card. That's nice.

Q: Will the Centro do DUN over Bluetooth (for a Palm TX??)?

Q: Is it compatible with the Sprint Over The Air music download service?

A: Nope, only via the PC's connection to the Sprint music store.

Here are some quick hands-on photos to tide you over. My initial thoughts:

On to the pictures! 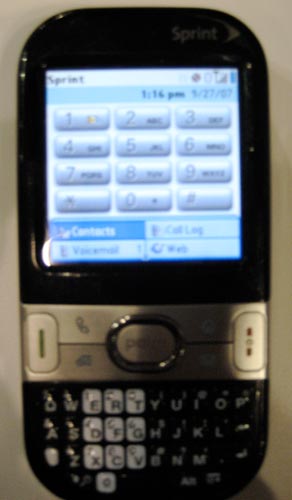 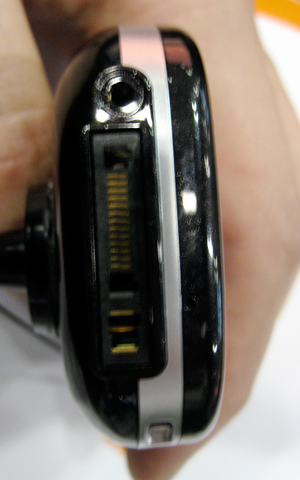