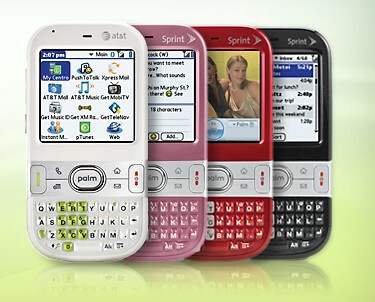 Palm announced today that they've sold their one-millionth Centro. Yep, you heard it right! 1,000,000 Centros! That's a lot of Centros! The Sprint Centro came out on September 27th of last year and the AT&T GSM version was just released on February 19th of this year. And the Centro is selling like hotcakes. Back in December I had reported on the Centro being one of the most innovative mobile designs. The Centro was also listed among "Best Choices for Compacts" in Consumer Reports.

Apple started selling the iPhone on June 29th, 2007 and sold its one-millionth iPhone on September 10, 2007. So within a couple of months or more they had sold a million iPhones. Palm sold the same number of Centros in about 6 months and to me, that's not too bad of a comparison seeing that Apple is so huge. Of course I realize that the price of both phones differ but still...

Palm is now shipping the Centro in 10 countries worldwide, including Hong Kong, Singapore, India, the UK, Germany, Spain, Ireland, France and Italy, and its already-rapid momentum is set to grow as Palm debuts the product in additional countries around the globe.

"The Palm Centro is flying off the shelves because users who want to step up to a smartphone see it as the perfect first choice," said Brodie Keast, senior vice president of marketing for Palm, Inc. "It has everything a person needs to stay organized and connected with everyone who is important to them. We're very excited about the Centro's near-instant popularity in the U.S. and think it's going to be a huge hit as it continues to make its way across the globe."

According to the press release, the Centro has reached more young adults and women, as well as a broader range of household income, than any prior Palm smartphone. The Centro is cute, small, full of features and has a great full QWERTY keyboard, so it's no wonder that it's so popular.

Now that AT&T has started selling the Obsidian Black Centro, I'm sure sales are going to continue to grow. I know people who are already on a waiting list for the Black GSM Centro. I hope that Palm sells another million soon. ;-)