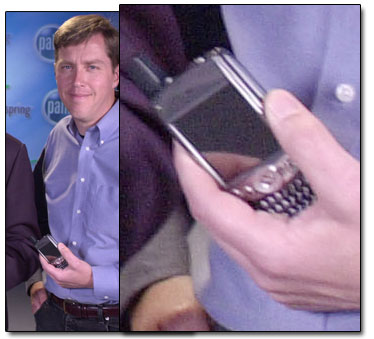 Handspring earlier this week demonstrated the Treo 600 at a Sprint PCS User forum in Dallas.

Today we got the first picture of the device - that is Jeff Hawkins holding it in his hand in the press release photo from the acquisition news. Thanks to treopolis for spotting the Treo.

TreoCentral reader Nrosser first reported seeing the new treo, and since his report several other readers have seen the device and provided additional information. 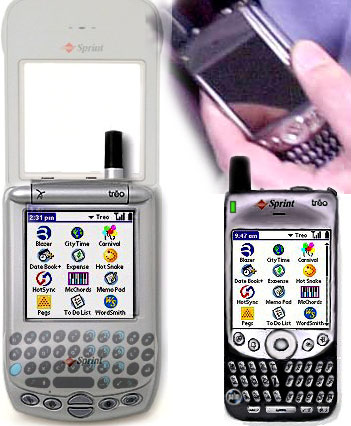 Many thanks to craigdts for providing this sketch! Note, the corners are actually rounded, not sharp as shown. Again, it is just a well drawn rough sketch. Click to see a larger sketch. (544 KB).

According to representatives at the show, the Treo 600 is scheduled for an September/October release date

More info to come as we get it. Check this thread for active discussions.