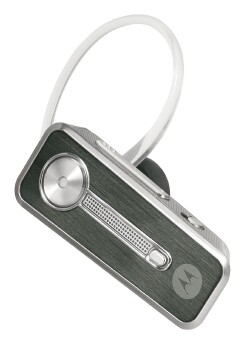 Despite mixed experiences with the sound quality of Motorola's headsets, especially the H series (like the H12 and H15), I'll say this for them: they make some of the most handsome, non-geeky looking Bluetooth headsets on the market. After being disappointed by the sound of their most expensive headsets, the main reason I was willing to give another H-series set one more try was the price: $69.95 versus the $129.95 of the H12 when I reviewed it. At its original price point, the H12 was all style and no substance. Let's see if the H780 fares any better. 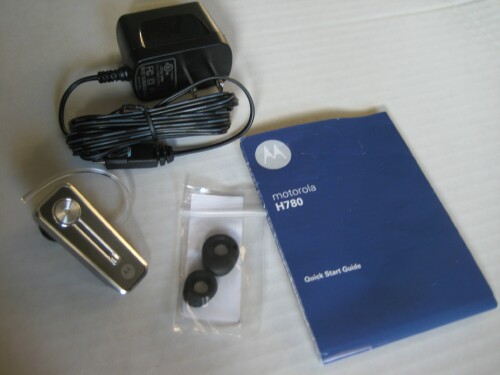 The H780 has a few less goodies in its package than Motorola's three-figure headsets — namely, no cradle, no car charger, no USB charger (though the latter two are optional purchases). Cradles I don't miss, but car chargers should be mandatory with headsets over $40. What you do get: a quick start guide, a packet of substitute ear cushions, a travel charger and — you guessed it — the H780 headset itself.

As mentioned, I love the design of the H series. These headsets seem to have been modeled after transistor radios of the Sixties, but modernized and miniaturized. H780's body is encased in spun metal wrapped around an outward facing panel of brushed carbon fiber. Textured bands and the upper and lower edges keep the unit from becoming the fingerprint magnet that most headsets on the market have turned into. Another nice design touch it the indicator light, positioned on the inward face of the unit, so there's nothing glowing on your ear. 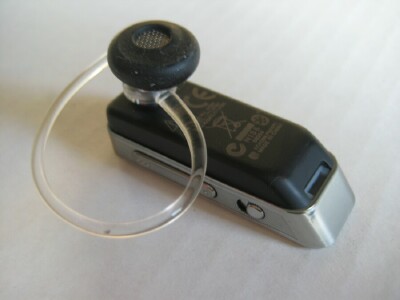 I've mentioned it in other reviews of the H series, but it bears repeating: Motorola has the most secure and comfortable ear cushions of any company's headsets I've come across so far. That's a good thing, since they also have some of the worst earhooks on the market — cheap, throwaway clear plastic moldings that would snap under that most meager amount of pressure. Fortunately, you can throw it away, since the traction on the ear cushions is strong enough to wear the headset without an earhook quite easily.

While many headsets try to shoehorn many operations into one or two multifunction buttons, sacrificing usability for design minimalism, Moto has bravely given us individual controls for each operation. There's a slider switch for power, a rocker switch for volume, a prominent call button on the outfacing panel, and a smaller button to turn the noise canceling on or off (noise canceling is on by default). Except for the noise canceling button, it takes about three seconds to understand how to operate the unit.

The sound quality is slightly improved over the other H-series headsets I've tested, particularly the outgoing sound. On paper they should be the same, since they all feature dual microphones and Motorola's CrystalTalk digital signal processing, but the noise canceling on the H780 seems to be more effective in voice mail tests and feedback from a couple friends who received my test calls. The incoming sound has the same light buzz in the background that I'm used to on the rest of the product line.

Though the inbound sound was less than stellar, I was pretty happy with just about everything else on the Motorola H780. It looks great, it's light, it's comfortable to wear, it fits securely without at earhook, it has dead simple controls, and it's reasonably priced. With better DSP, this would be the perfect headset.