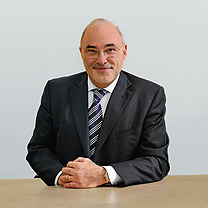 Hewlett-Packard Co. named Leo Apotheker, former chief of SAP, as its new chief executive officer Thursday. The company also named Ray Lane, the former president of Oracle Corp., as the non-executive chairman of its board. Both positions start November 1.

In choosing Apotheker and Lane, H-P is turning to two executives with long experience dealing with what appears to be an emerging major rival: Oracle Corp.

During Apotheker's more than 20 years at SAP, he was a driving force in making it the largest business software applications company in the world. Apotheker helped develop and implement the most significant changes in SAP history. During his tenure, he transformed R&D and technology platforms and expanded business models and customer segments. Apotheker also helped lead SAP to 18 consecutive quarters of double-digit software revenue growth between 2004 and 2009.

Lane has served on the Board of Directors of more than 20 public and private companies and joined Kleiner Perkins in 2000. Previously, he served as President and Chief Operating Officer at Oracle Corporation. Earlier in his career, Lane also worked at Booz Allen Hamilton, EDS and IBM.

You can find the complete press release here.

Some of the reaction, as noted by a story in CBS Marketwatch.com included the following:

"I think it's a huge signpost to the industry that times have changed, and that the H-P of the future will have a different set of assets --across the board -- than it has had in the past to drive customer value," IDC analyst Crawford Del Prete, noting the growing importance of enterprise software.

For more reaction, note the comments after the post at PreCentral.