58.7 million people in the U.S. owned smartphones during those three months, up 15 percent from the preceding three month period.

>> Microsoft accounted for 10.0 percent of smartphone subscribers, while Palm rounded out the top five with 4.2 percent. 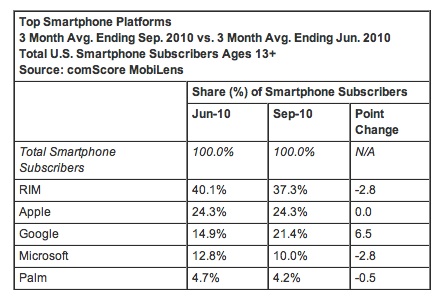 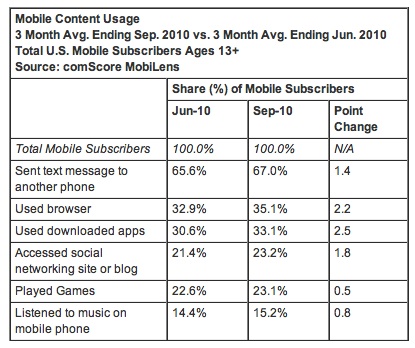 You can learn more about comScore's MobiLens service here.