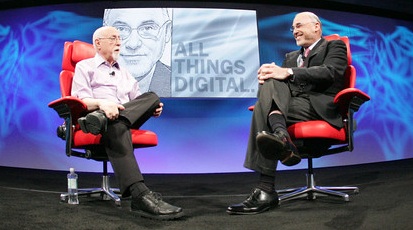 During the D9 Conference (as in the 9th annual D: All Things Digital) which features conversations with the most influential figures in media and technology, HP's y CEO Leo Apotheker took the stage and made some notable comments about the webOS operating system.

Captured at the the official HP Corporate Blog are some interesting quotes stemming from the Q&A portion of the session.

Former Engadget editor Joshua Topolsky pressed for detail about what the future might hold for webOS.

"I happen to believe that webOS is a uniquely outstanding operating system. So there's no reason to believe that the only hardware that can run it is HP's," Apotheker said. "By the way, they don't have to be 'hardware makers' in the classical IT sense. There are many people who make all kinds of control devices, why wouldn't they want to use webOS for that? Appliance makers can use webOS to create connectivity between their appliances and the Web."

"So from that perspective, yes, webOS will be more than just running inside or on top of a particular piece of hardware that HP will make."

The licensing story seems to be getting traction now. How would webOS play on devices from other manufacturers?

According to a story at PC World, Jon Rubinstein, HP's webOS chief, was quoted saying "HP is not interested in being in the general licensing business." He did suggest that HP will partner with "one or two special companies."