Everything Treo is reporting some juicy rumor news about the upcoming GSM Centro. A member of the Everything Treo forums is said to have received confirmation from an AT&T store manager that the Palm Centro will be released on February 19th. In our own forums, member chadman reports similar info:

I spoke with my local AT&T manager today and he told me he has a SKU and inventory listing for the AT&T Centro, but no pricing. Should be around the corner folks, hopefully later this month!

That would be great if that turns out to be true. We've been waiting for a GSM Centro, and after learning that one was going to be available in Europe on February 14th (tomorrow), we were envious. The European GSM Centro seems to be coming out in Black initially, and if the rumor is true, the AT&T Centro will be White. If you recall, Dieter and the gang spotted a white GSM Centro at CES last month. 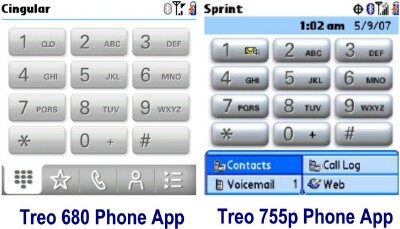 Not to sound unappreciative, but I hope that AT&T comes out with more color choices than White if the rumor is true. I'd like to be able to choose from Black, Red, Pink, and White. Heck, throw in a shade of Blue too! So far, that Pink color is looking mighty sweet to my eyes.

Well, I guess we'll soon find out if the rumor is true about a White GSM Centro being released on February 19th. That'll be next Tuesday so it's less than a week away. I'm crossing my fingers! ;-)

Update: We're also hearing rumors that a Black version of the Centro will be available in March. Thanks to our annonymous tipster!