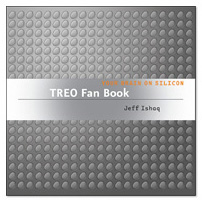 I don't think anyone in 2005 would purchase a book titled the “Treo 600 Fan Book” Those that already have a Treo 600 know the basics and, anyone purchasing a new Treo would be ill advised to buy anything other than the 650. Despite the title and publication date of November 2004, the Treo Fan Book deals almost exclusively with the 600, and has other problems as well.

The table of contents gives a good idea of the slim content of the book:
1 Getting familiar with Your Treo
2 Using the Treo as a phone
3 Staying Organized with Your Treo
4 Using the Internet with your Treo
5 Amazing Treo Extras
6 Other useful stuff 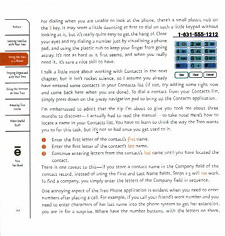 As you may have noticed, the book deals with the basic functions of the Treo—functions that are largely covered in the manual that ships with the phone. The first chapter covers navigational techniques, HotSync, and has diagrams for all of the ports and switches—for the Treo 600. The entirely different layout of the 650 is ignored.

This is especially irksome as the introduction claims "[The 650's] functionality and software are almost identical to the Treo 600." This statement is from a book that ignores Documents to Go, does not mention VersaMail is included with the 650 or its ability to transfer music directly from within the customized version of RealPlayer that ships with the device. 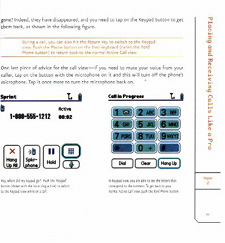 It seems likely that the short couple of paragraphs about the 650 in the preface were tacked on right before the book went to press. But that begs the question: Why was a book about the 600 about to be released a full year after the 600 was introduced and a couple of months before the 650 was released? The screenshots are all of the 600 as well, further reinforcing the fact that this book is way too little too late.


I will acknowledge that the book is very easy to use. The layout is simple and clean and the type is easy to read. Six short chapters covering the essentials are, in fact, underwhelming. Curiously though, there is some detail about how to set up a network HotSync, proxy browsers, and using the Treo as a laptop modem. This type of content is at odds with the rest of the book that seems geared towards the novice.